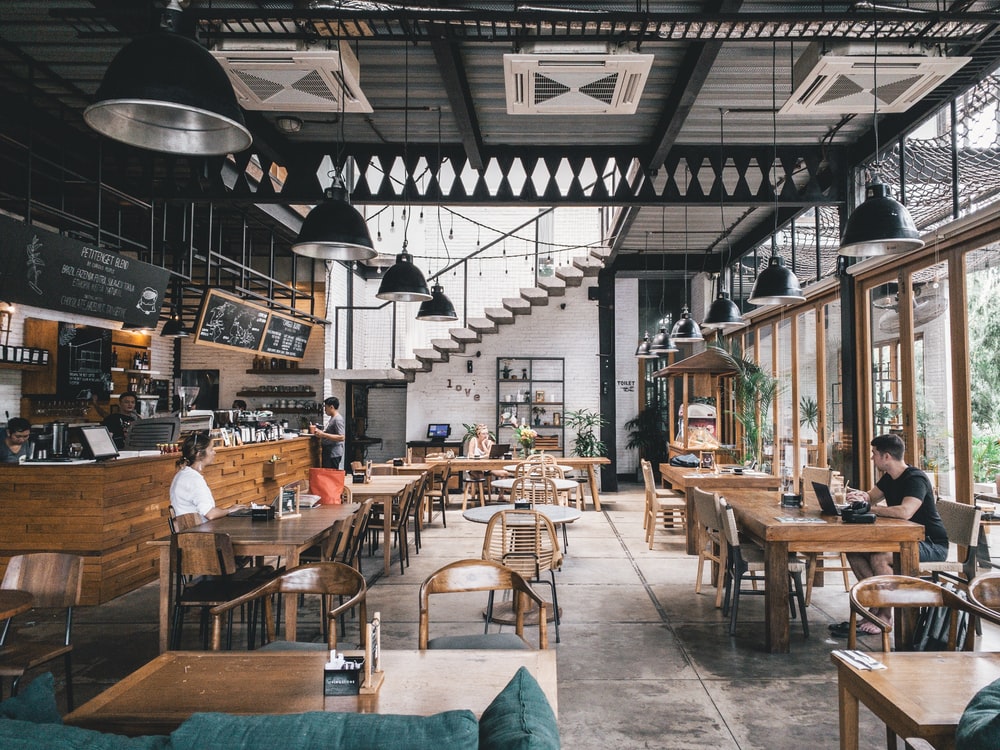 The amount of sadness his voice held was heartbreaking. And what had happened after that was a blur for Luca. He remembered the old man placing a hand on his shoulder and leading him towards a minivan standing a little further. He had gotten in the back of the car, not strong enough to protest. They had brought him home, somehow they knew his address but he was too out of it to even notice.
For the rest of the ride, Luca had been spacing out and had still been trying to convince himself it was a nightmare.

And now he stood in front of his door, he slowly opened it and there was his cat. She looked at him with eyes that said she knew what had happened. Not questioning it, Luca went to pick her up, he closed the door, removed his shoes and went inside. As he stood in the middle of the living room with Pearl in his arms, he broke down. The tears he had been holding back, rolled down his face. They felt warm, but he himself was cold even though the weather was nice. Luca buried his face in the white fur, the cat let him do what he wanted for change.

He stood there for a while, and at one point he sat on the couch and turned on the TV. Pearl lay down next to him and she curled up to go to sleep. A while later he got a call and without looking who it was he answered.

‘Yo dude, where are you? The lesson has long since begun.’

Luca had to think about what Rowan had just said. Then it dawned on him that he had completely forgotten he still had school.

‘Luke? Are you still there?’

‘No, I’m not ill…well..uhm…something happened.’

Luca paused for a moment, before he continued he took a deep breath.

‘I was just going for a walk, and then somehow I ended up at my old house. But it looked nothing like the house I once knew, it was…dead, lifeless. And then there were two strangers who somehow were inside and they told me that my parents had been murdered. But those two people weren’t police, I have no idea who they were and now that I think about it, they didn’t even introduced themselves.’

He spoke quickly and almost incomprehensible, and with every word he spoke he knew how strange he sounded.

‘Okay, what are you saying?! Luca are you okay? Your parents murdered?! Seriously?! And two strangers whose name you don’t even know? I don’t know if you hallucinated all this or if those people really told you that but if I were you I wouldn’t trust them. They probably lied.’

‘At first I thought the exact same thing, but something in how they behaved told me they were telling the truth. And…’

‘Luca! Either you imagined it or they lied to you. Why would your parents have been murdered? They are the sweetest people I have ever known.’

Luca heard Rowan sigh on the other end of the line.

‘I have to go. I will let the teacher know you are ill.”

Rowan had already hung up.

Luca looked at the cat lying next to him. She laid there so peacefully, he wished he were her now. All the thoughts in his head floated around and it was total chaos. He really wanted to talk to someone about it, he wanted to share all his concerns with someone so it wasn’t weighing so heavily on him. But his best friend didn’t believe him, who else could he talk to. Those he trusted most were now dead. He didn’t know what to do, he was lost in his mind, desperately trying to find a way out.

Just then he got another call. He again didn’t check who it was and picked up.

‘My name is Dali de Ruijter, you met me earlier today.’

Luca’s eyes widened and he sat up.

‘How did you get my number?’

The young man found the woman getting more suspicious by the minute, but something deep inside him told him that she didn’t mean any harm.

‘Well…I know a lot of things about you, including your number.’

‘Not creepy at all…’

Not paying attention to him she continued.

‘Listen, I spoke with my grandfather and we came to the conclusion that you need to know some things. About your parents, yourself, the world around you…We both agreed that keeping you ignorant would not keep you save.’

‘Wait? What in the word are you talking about? Things I need to know? So…why my parents were killed?’

‘Not exactly. But I can’t tell you over the phone, that would be too dangerous. Walk to your front door and you’ll see I left an address, we will meet there and I will tell you everything I know. Don’t be late, not even a minute, otherwise I won’t talk.’

‘And one more thing. Bring your cat.’

And she hung up.

‘Why does everyone keep cutting me off!?’ Pearl woke up because of him screaming out of frustration, and she angrily looked at him. ‘I’m sorry Pearl, go back to sleep.’
Luca carefully stood up, not to wake her again, and went to the front door to check if Dali was telling the truth. She was, on the doormat laid a tiny piece of paper and he picked it up to read what it said.

‘Xx street? I know that but there is no White Snow cafe.’ Luca, who already was extremely confused, was now absolutely perplexed.

Suddenly a sharp pain went through his entire body like electricity. His knees gave out and he dropped to the floor. Constant shocks made him jolt, and they seemed to go on for minutes, minutes that felt like an eternity to Luca. Once it had stopped his body felt numb, unable to move he laid on the ground for some time.

He felt a presence near his feet, it moved towards his upper body and then he saw it was his cat. Meow? She worriedly studied him and got closer to his face, gently she licked his nose, cheeks and forehead, comforting him. ’I’m…fine, Pearl.’ He managed to say, he carefully got up, every move hurt but he tried to ignore it. By placing a hand on the wall, he supported himself and eventually managed to stand up all the way. Stumbling slowly he went to his bedroom, he had no energy to wash, all he could do was take off his shirt. He dropped himself on the bed, he still felt Pearl laying down next to him, he had after that fallen asleep.

Luca was woken up by a cat’s purr near his ear, he groaned and turned to the other side of the bed. The purring didn’t stop however and Pearl began walking all over him. ’Five more minutes please…’ Meow! He sighed and slowly opened his eyes, he sat up still half asleep and checked the clock beside his bed. 8:16.

Now he was wide awake as he finally realized what Pearl had been trying to tell him. He hurriedly got out of bed, almost falling flat on his face, and started making himself ready.

He chose an appropriate outfit, light blue jeans with a simple white t-shirt, he had decided to skip breakfast so he brushed his teeth and finally quickly put on his shoes. ’Pearl.’ He called for her and she came running towards him, he put a small cat collar around her neck, took the leash, lifted Pearl and opened the door.

He ran down the stairs of his apartment block with Pearl in his arms, and continued running through the streets to find the place where he needed to be. Once he reached xx street, he began looking for the White Snow cafe.

He must have run past all the shops three times now, but still no sign of the cafe, he checked his watch, 8:52. He panicked, hand running through his hair multiple times, pacing back and forth, and he said any curse word he could think of.

Suddenly Pearl jumped from his arms, she turned to him, meow. Somehow he understood she expected him to follow her, and she led him. It took about three minutes before the cat stopped and looked up at a door, Luca had only took notice of it after Pearl had let him here. He made eye contact with her, asking if this really was the right place, she only blinked once and scratched the door with her paw. ’I guess it is.’

He opens the door to enter, and inside was indeed a cafe. It was a big room, with a bar on one side and a lot of tables on the other. At a few of those tables guests were sitting, some were drinking while others were eating, and as soon as he entered all the people turned their heads his way. They were all eyeing him and had unwelcoming looks on their faces. One person stood up and made his way towards Luca, the man stopped when he was only a few centimeters away en studied Luca’s face. He had a big scar on his chin, a mean look in his eyes, and his breath reeked of alcohol. ’What are you doing here, lad? Ain’t never seen you before.’ Luca took a step back and smiled awkwardly. ‘ Well, I’m here to…uhm…’ ‘Leave him alone Onyx, he’s with me.’

The woman from the day before, was seated at a table in the far corner of the room, she wasn’t speaking loud, but everyone seemed to have heard her. Her voice held a certain authority over the people in the room. The man, Onyx, backed away and let Luca make his way towards Dali, Pearl followed him. ‘You are right on time.’ Dali looked at the clock hanging above the door, Luca followed her gaze and he determined it was exactly 9 am, he let out a sigh of relieve. She motioned for him to sit down, so he did, also lifting up Pearl to place her on his lap. The feline didn’t seem to mind as she curled up to go to sleep.

‘What is it you need to say to me?’ Luca went straight to the point, which made Dali smile a little.

‘Of course, my parents were killed and I want to know why.’

Dali sighed and her eyes held guilt. ’I’m sorry about your parents, but I don’t have an answer to that question unfortunately. We’re still trying to figure it out.’

’But you and your grandfather do have an idea about who could have done it, right?’

She nodded. ’We’re not sure though.’

Luca opened his mouth to ask this person’s name, but he was interrupted by his rumbling belly. There was a few seconds silence before Dali asked: ’Would you like to order some food? It seems you are hungry.’ She tried not to laugh, the situation had been so serious, but the atmosphere completely shifted.

Dali handed him the menu. ‘What would you like to eat?’