The most beautiful thing (part 2) 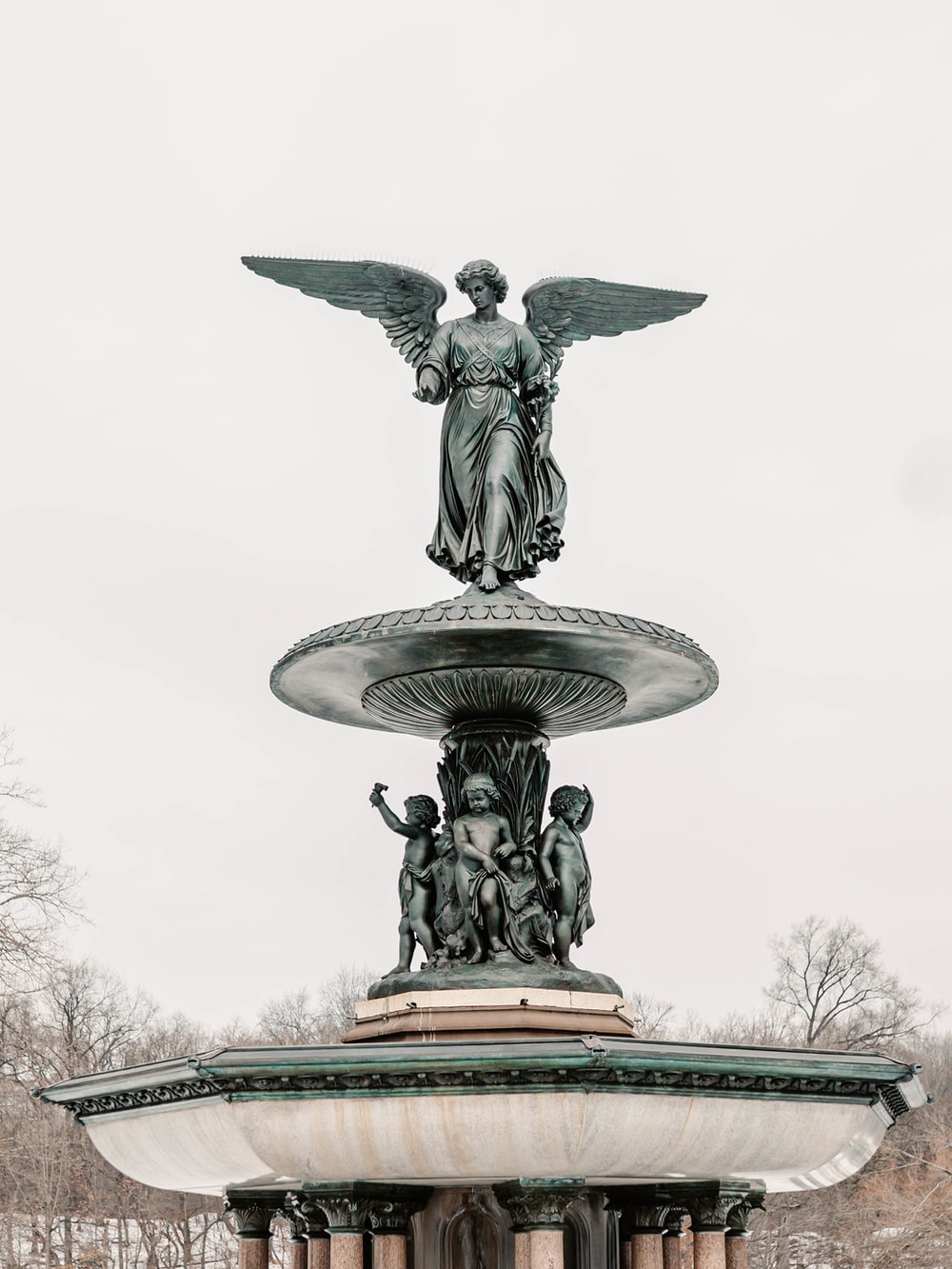 ‘Sure! I would love to!’ She giggled and showed him the brightest smile. He sighed in relieve, Adan tilted his head towards the direction of his house, indicating for them to go and they left.

‘Would the princess come here today? I really hope so!’ Pike said enthusiastically while he was hungrily eating his breakfast. Sibylla felt her heart clench a bit, she had grown attached to the little boy and she felt bad for lying to him. ‘We’ll see what happens, Pike. If she doesn’t then we will still enjoy our day, right?’ She smiled at him. He nodded, but his mouth was full and his cheeks were puffed so it was a funny sight and she laughed. ‘Pike, I’ve been wondering. Why do you like the princess so much?’ Sibylla asked. Pike looked at her and there was a silence as if he himself didn’t really know the answer to that question. ‘Well…first of all she is the future queen right. And there is a rumor going around about her…’ He hesitated. ‘What rumor?’  The princess was getting very curious. Adan answered instead: ‘People say that she has magic. And that that’s the reason the king doesn’t let her leave the castle. People say that exactly 18 years ago a mage visited the castle, he had heard about a princess being born. The king, back then he still believed in the wonders of magic, let him enter in the hope he would bless the princess to be a powerful queen in the future. But instead the mage spoke a prophecy. I think it goes like this:

At 18 she will find a prince
Worthy of becoming her king
Inevitable this will be, since
they are bounded by a red strings

I think this ability talks about the magic she possesses. And obviously the last part talks about her finding the one she loves and marrying him. But I’m not sure about the beginning. But it at least scared the king into believing something bad will happen to her.’

Sibylla thought for a while about what he said. She was so caught up in her thoughts she didn’t notice herself mumbling; ‘The first part probably means father and Dylan keeping me from going outside and that causes me to know nothing about this world…hmm…then it talks about my ability, but I don’t understand the “it bringing unhappiness” part. Maybe the fact that father didn’t accept it? And it’s true that ever since I left the castle I’m extremely happy. And the last part is indeed obvious…’ Finally she noticed, she looked up with a shocked expression and saw Adan and Pike looking at her with wide eyes. ‘Oh no…’  She mentally slapped herself, she messed up. Her identity she didn’t share, afraid of people wanting to hurt her, was now revealed. She closed her eyes and nervously waited for her newly made friends to respond.

‘You’re the princess!’ Pike screamed, but not out of anger. Sibylla opened her eyes and saw the boy’s eyes sparkle with excitement, a big grin plastered on his face. She nodded shyly, and the young boy’s smile grew even wider, if that was even possible. It surprised her as it was not the reaction she was expecting. ‘Why didn’t you tell us? We could have bought a present for you.’ The princesses heart tightened, she felt like she could burst into tears any moment. It was extraordinary how good-natured the boy was, and it touched her soul.

‘That would mean your name is Sibylla, right?’ Adan asked her, and even he seemed to take the news well. She nodded again. ‘I’m sorry I lied to you.’ Adan smiled and he reassuringly told her: ‘We understand why you did it, don’t worry about it.’ A tear escaped from her already watery eye and she hid her face in her hands. Pike leaned over the table and patted her head, Adan placed an arm around her shoulder to embrace her. And for a while they sat like that, at the table in a comforting silence, and without realizing it bonded them and would make the three inseparable.

It was about five o’clock in the afternoon and the celebration could finally begin. A crowd of people filled the town square, the buzz of conversations could be heard all over, and smiling faces added to the pleasant atmosphere. Merchants sold their goods and songs were sung by young children. Everyone was having a good time, but they were also waiting for something, or actually someone. No one knew this person was already present, having the time of her life. She, Adan and Pike had made themselves ready for the feast, and were now dancing to the music, or rather Sibylla and Adan were. Pike had run of into the crowd to find his friends.

It was an melodious song, that they were dancing to, with a distinct sound that fit the towns traditions. A shrill flute that somehow matched very well with the rest of the instruments. Few towns people danced along to the upbeat and smooth melody around the fountain, others were looking at clothes and jewelry being sold at the stalls. the clock kept ticking and time flew by, and all the while, Sibylla and Adan were dancing, talking, and having a lot of fun.
When it was half an hour to midnight, the towns elder called all the people to gather around him. Once everyone did, he started to speak: ’Dear people, today is the birthday celebration of our princess, who will be turning eighteen. Our little town was chosen this year to host it, which is an honor. And even though the princess isn’t here, I’m sure she is celebrating with her loved ones, hopefully having just as much fun as we are having now.’
Sibylla noticed the elders voice to be calm and pleasant to listen to, it filled her with warmth, a warmth she never knew before. And as she listened to the speech she finally realized that the people, her people, loved her.

’Are you ok?’ Adan’s voice startled her, he looked at her with worried eyes, ’you’re crying…’ Sibylla only now noticed that he was right. She started wiping away the tears, but then his large hand reached for her cheek, thumb caressing her face. His warmth engulfed her, and as she wanted to say something it came out as stutter. ’I…I‘m fine, really…uhm I’m ju…just happy. Yea! T…they’re happy tears.’ Adan smiled, he was relieved, worried she might not be enjoying herself.

When he looked into her eyes, into those beautiful big eyes, he felt his cheeks heat up. And when she stuttered, he thought it was very cute. Memories of the hours before suddenly came to his mind, memories of when they had danced together. Of when the slow song had started and how he had pulled her closer, a light blush had appeared on her face, but she still had put her arms around him. When he’d put his hands on her hips, she’d turned bright red, the thought of it making him smile.

’Why are you smiling like that?’ The princess curiously asked him, his smile grew bigger and he placed his other hand on the other side of her face. Her cheeks were now being squished and the sight of it made his heart skip a beat. Sibylla was confused as to what he was doing, she was about to ask when she suddenly felt his lips on hers. She hadn’t even noticed him closing the distance between their faces, it all happened so fast.

It was a short kiss, but it was overflowing with love, warmth and affection. Closing her eyes she sunk deeper into the kiss, but then he pulled away. He nervously waited for her response, he thought she would get angry, that this would have destroyed the relationship they already had and that she would never want to see him again. But she was speechless and she just stood there with a shocked face.

He unfortunately took this response as something negative and immediately apologized to her. Then Sibylla managed to say something and she shook her head: “You don’t have to say sorry, don’t worry.” She wanted to tell him that she had enjoyed the kiss, but she didn’t know how. Maybe she should be honest, but something held her back, the words wouldn’t leave her mouth. She was probably still confused by his action. As she kept thinking, the old man’s speech was over and Alan was still extremely concerned that he had made the biggest mistake ever.

He made the right decision to ask her directly, so he took her hand and pulled her to an empty spot in the square. Her heart was racing, she knew what he was going to ask her, but also that she wouldn’t be able to form complete and understandable sentences.

‘Sibylla, I’m so sorry about before and if I made you feel uncomfortable,’ he apologized again, ’If you want to pretend it never happened that’s fine with me, I’ll do whatever you w…’ He was interrupted by the princess who grabbed his shirt and pulled him down, her lips making contact with his. She couldn’t have said it, so she showed it through this action.

Both of their eyes were closed, Adan placed his hands on her hips, she swung her arms around his neck pulling herself up to deepen the kiss even more.

Just then the moon came out from behind the clouds, it shone right on the fountain and as Adan had said before, the view was mesmerizing. The water reflected the light and the entire towns square was lit in a enchanting white blueish brilliance. Every dark corner was now bathed in light, even where Adan and Sibylla were. They didn’t notice that everyone could see their exchange of love, and even if they did know this they most likely wouldn’t care.

Adan was relieved and happy that she reciprocated his feelings and Sibylla was delighted with the new love she found. In the end sneaking out of the castle was a good decision.

However, a certain person was watching all this happen, and throughout the night he had noticed a bright smile on her face, the brightest it had ever been. He wanted to give her this chance of loving someone and being loved unconditionally. A person seated himself on the bench the man was sitting on, it was the town’s elder.

’Young love, beautiful isn’t it?’ The elder said while smiling, remembering the moments of him and his wife when they were young.

’Yes…yes it is.’ Dylan replied.