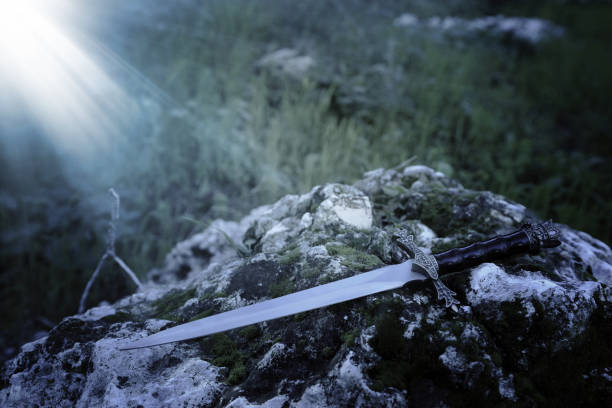 ‘Ughh…’ She groaned as she slowly woke up, she tried getting up but her entire body hurt. She looked to her right and what she saw made her remember what had happened. Bodies, blood, destruction. ‘Allan.’ She whispered and she managed to get up. She got on her feet, dragging and stumbling she began to walk, to search, for him. In the big, cold lawn covered in bodies and blood she was the only one alive. She knew this but she hoped she was wrong. Stumbling over bodies, she walked and fell a number of times. Panicking more and more, because she couldn’t find him. Breathing faster and harder she continued searching.

And then right there she saw him. He laid on the ground, in the midst of bodies laying in a circle around him, a few meters away but she could recognize him anywhere. All those people had tried to protect him, but as she got closer she saw that they failed.

He was pierced by a sword right through his heart. She slowed down until she had completely stopped, for a moment she was quiet with an unreadable expression on her face. Then the clouds broke and it stared raining, and tears began falling. Sobbing and soaked she went to his side, carefully removing the weapon that killed him and she took him in her arms. He was cold.

‘Please let this be a nightmare, I can’t lose him. Bring him back to me please, Someone HELP!’

She cried and screamed but no one answered, she really was alone. Pressing him even tighter against herself, she didn’t want to let go. Then the memories flooded back to her, of him and the moments they had spend together. Of how caring he always was, the way he would kiss her ever so gently. The 3 words he would tell her that made her heart skip a beat. How he would take her in his arms and would not let go. Sometimes those cuddle session would turn into a tickle fight. He was very ticklish so she would always win, this made a smile appear on her face. And as she experienced those memories once again she quietly said: ‘I’m sorry my love, that we could not spend more time together, that I could not be with you in the end. We won the war but I lost you.’

She paused for a moment swallowing back her tears. Wishing she could see him smile one last time but knowing that was not possible, she let go of him and stood up. As hard as it was to let go of him, the love of her life, she had to, so she turned and began to slowly walk away. Then the tears started again, she cried and whimpered as she turned again. She swallowed a few times trying to find the right words to say goodbye.

‘I love you and I always will.’